Introduced in Elm Story 0.5, games exported as a PWA are installable, offline-ready web apps bundled with the Elm Story Runtime Engine (ESRE). However, ESRE could not handle game updates. 0.5.1 addresses this complex problem. 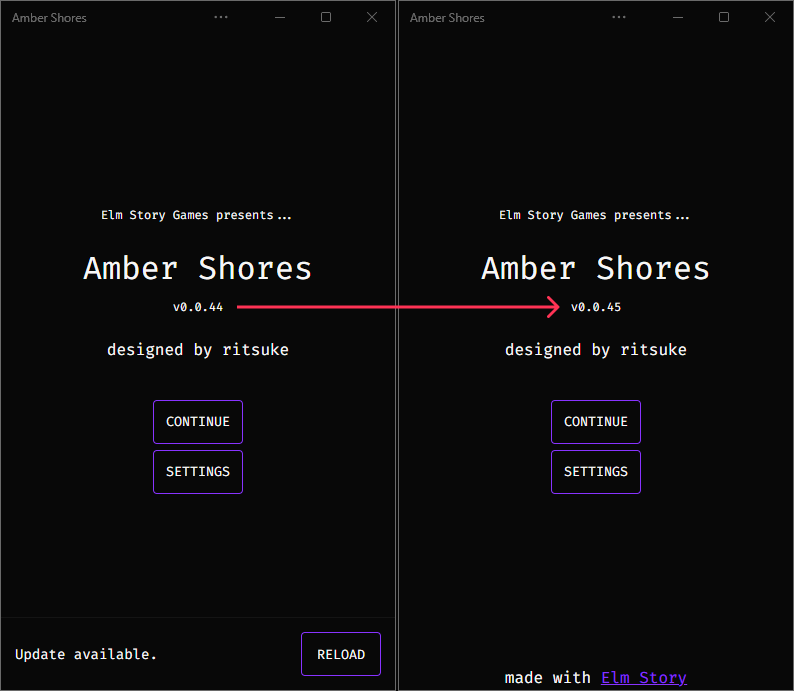 For an in-depth look at how this works, check out the PWA guide from the Elm Story Docs web app.

Not too shabby for early access, but still room for improvement!

Various parts of the Elm Story UI have been updated with contextual help. Clicking a help button (?) will open the representative guide in your browser via the Elm Story Docs web app. 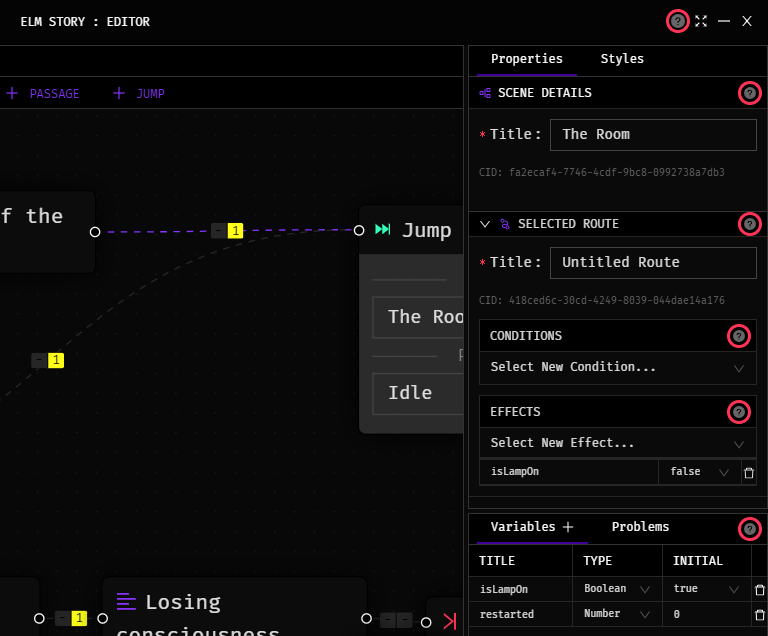 Documentation is under active development and you are likely to see empty guides. I'm planning to finish initial expansion of these empty guides by early next week.

In the meantime, join us for a livestream tomorrow (Friday November 5th) at 7PM GMT for an introduction to Elm Story. RSVP here and follow our channel on Twitch.

In the game tab, when ESRE provides feedback to reset, clicking the reset button may result in an empty event stream. The current workaround is to click the reset button in the devtool bar.

As this regression isn't app breaking, the plan is to address the issue in a 0.6 release.

This is an early access release and there are bugs. Please report issues you encounter to our subreddit, r/ElmStoryGames.

The roadmap is largely unchanged since the previous update. Elm Story 0.6 (multimedia update) is targeted for an early December release.